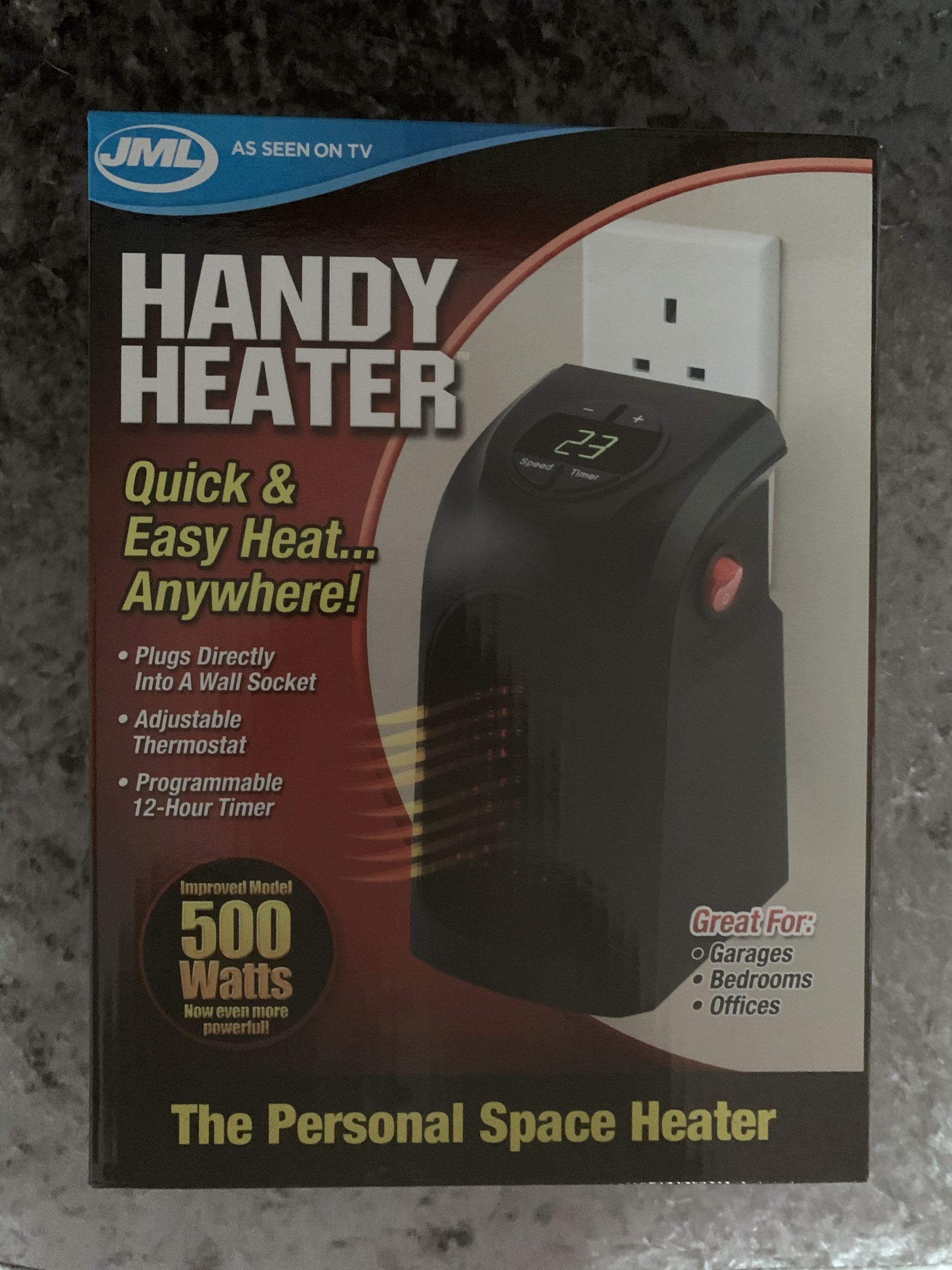 It was Hogmanay 2019. Which is New Year’s Eve if you’re not in Scotland. We were getting ready to light some fireworks that night and start the new year off right. Then something scary happened. We went into our conservatory and switched on our old heater, which is twelve years old and has served us well. As soon as the electricity fired into it, a bright orange flame blasted out from the bottom of it onto our laminate flooring. It had caught fire, simply by being switched on. It was time to throw it out and get a new one. The problem was that it was just after Christmas and we were broke. We had already allocated all of the December wage for the next month. We had exactly twenty pounds of disposable income. What were we going to do? Well, we went to the local Original Factory Shop hoping to get something for that price or just a little more – we wouldn’t mind going a few pounds overdrawn. We spied the JML Handy Heater and decided to take a chance on it. After all, JML is a brand we know and have purchased from before. For the avoidance of doubt, before I go any further, I should point out that this is not a sponsored post. I have not been paid anything to write this and I have no affiliation with JML. My only incentive for writing this article is that JML reviews tend to get a ton of hits on the blog!

So, it cost us £19.99 which seemed like a reasonable price, so long as it does what it’s supposed to do. It’s quite a small device and doesn’t come with any kind of cable. It has the three-pin plug attached to it, so you don’t have to worry about tripping over anything. It’s maybe about six inches high, so it is quite compact. The on/off switch is red and sits on the right hand side of the device. On the top is a digital temperature setting with plus and minus buttons for adjusting the temperature. When you first switch it on, it goes straight to 32C which seems quite hot. There’s also a speed button because this heater has two speed settings. And finally, there’s a timer button in case you want to set a timer to switch it off after a set amount of time. 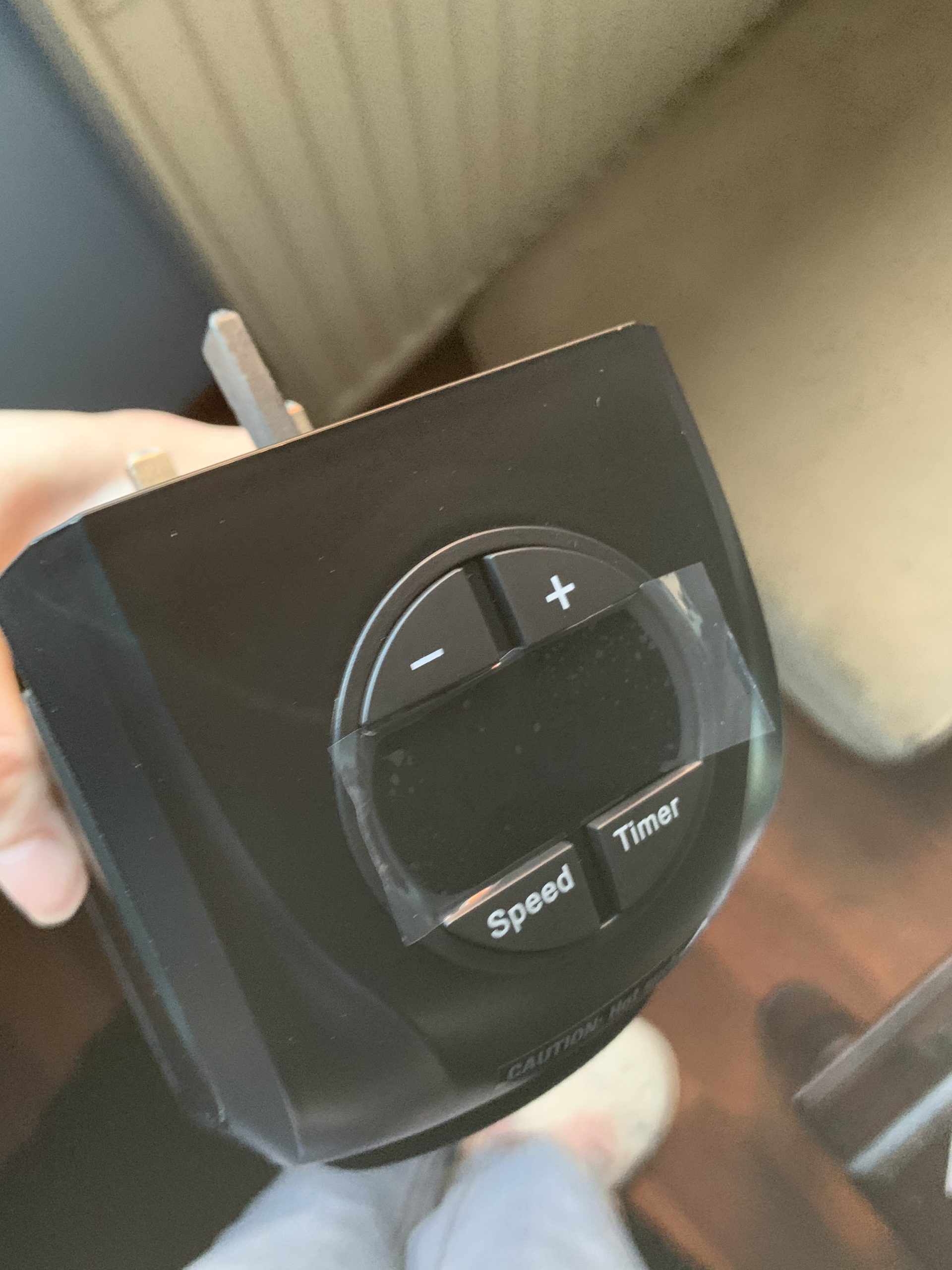 So, like I said, this plugs directly into the wall without cables, which isn’t a good feature. I had originally thought it was but it’s difficult to switch on or off at the mains because the device is so close to the socket. You have to use a mains power outlet. You can’t plug it in to a car or a USB port, so it’s no good for using on the move or camping. It is only for home use. They also advise that you don’t use an extension cord or a power strip. That’s good advice. You wouldn’t want to have this connected to an extension cord anyway because it’s supposed to heat a small room, right? 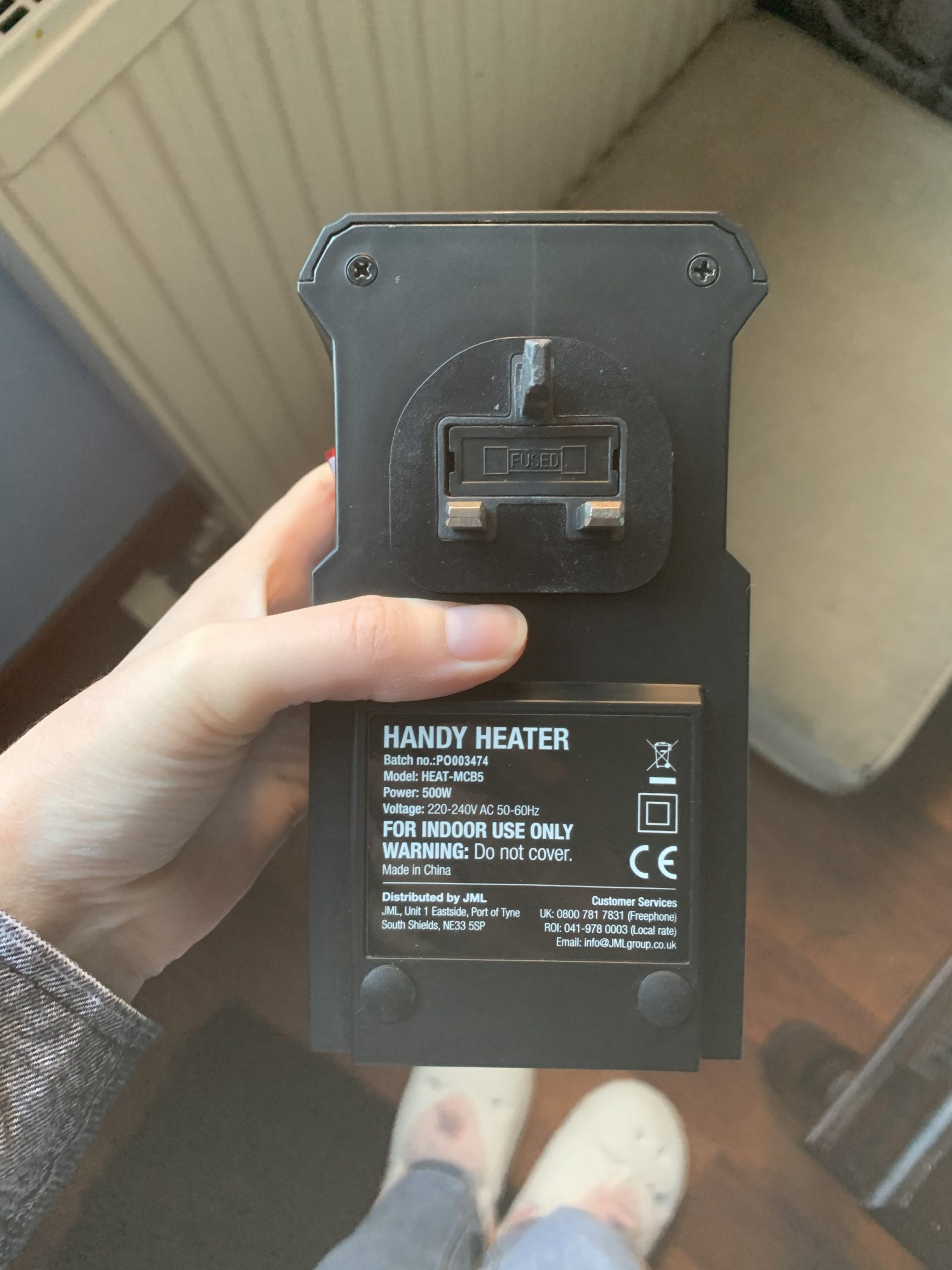 Also, something interesting that has been recommended by the packaging is that you leave at least 20cm of space between the heater and the flooring or whatever surface is directly below. The heat seems to come out from the front of it from what I can tell, but if they are advising to leave space below the heater, there must be a reason for that. Perhaps it heats up sometimes from the underside. 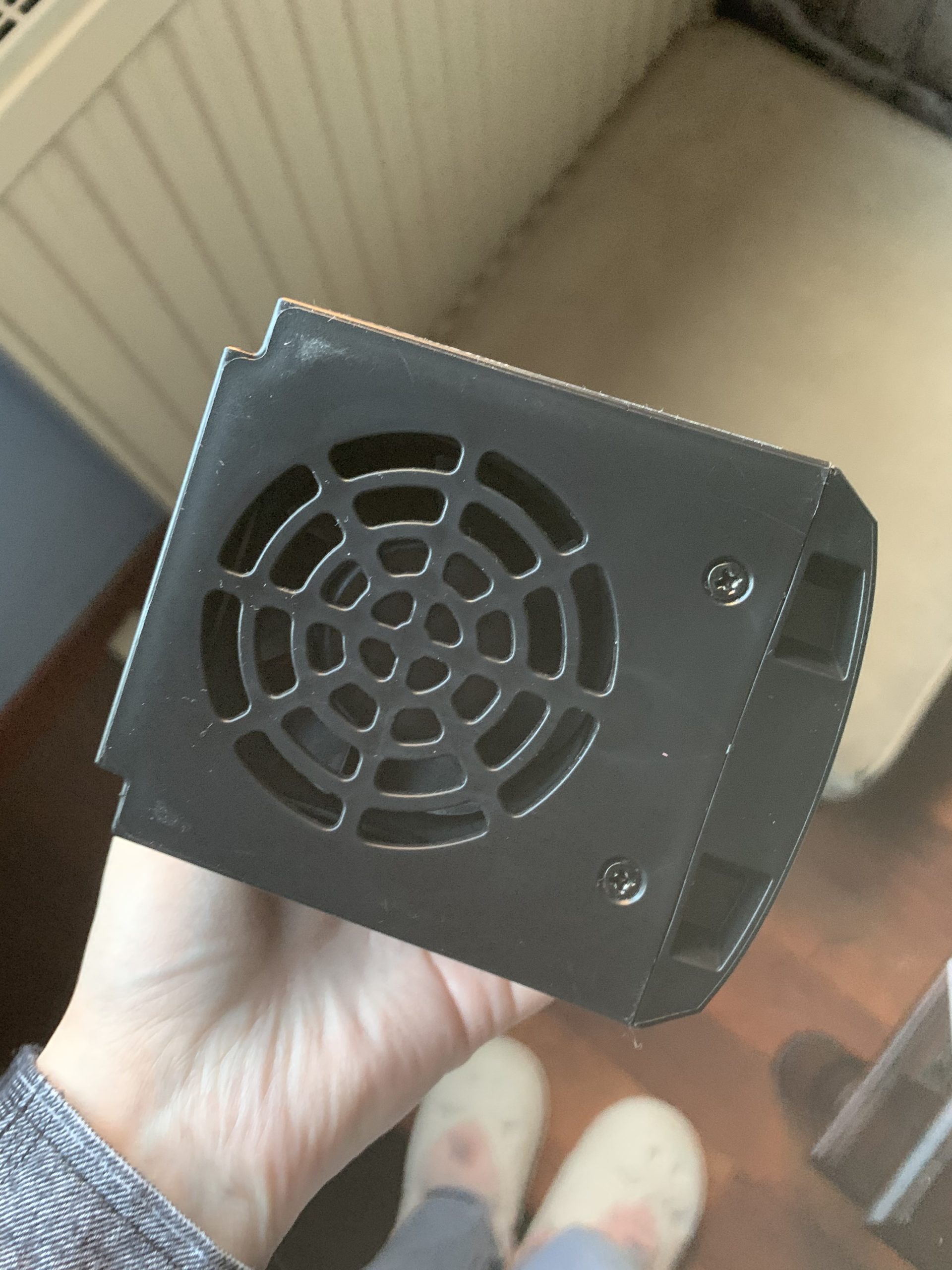 This is marketed as a personal space heater and I can see why. When I plugged it in, it didn’t do much to heat my conservatory. It was on for a whole hour and hardly made any difference at all, even at the highest power setting. That’s disappointing. After all, my conservatory is really small, approximately 8ft x 8ft. It has very little impact, so we ended up taking it out of the conservatory and taking the imitation stove heater from our kitchen and relocating it into the conservatory instead. So, the JML Handy Heater has gone into the kitchen instead. 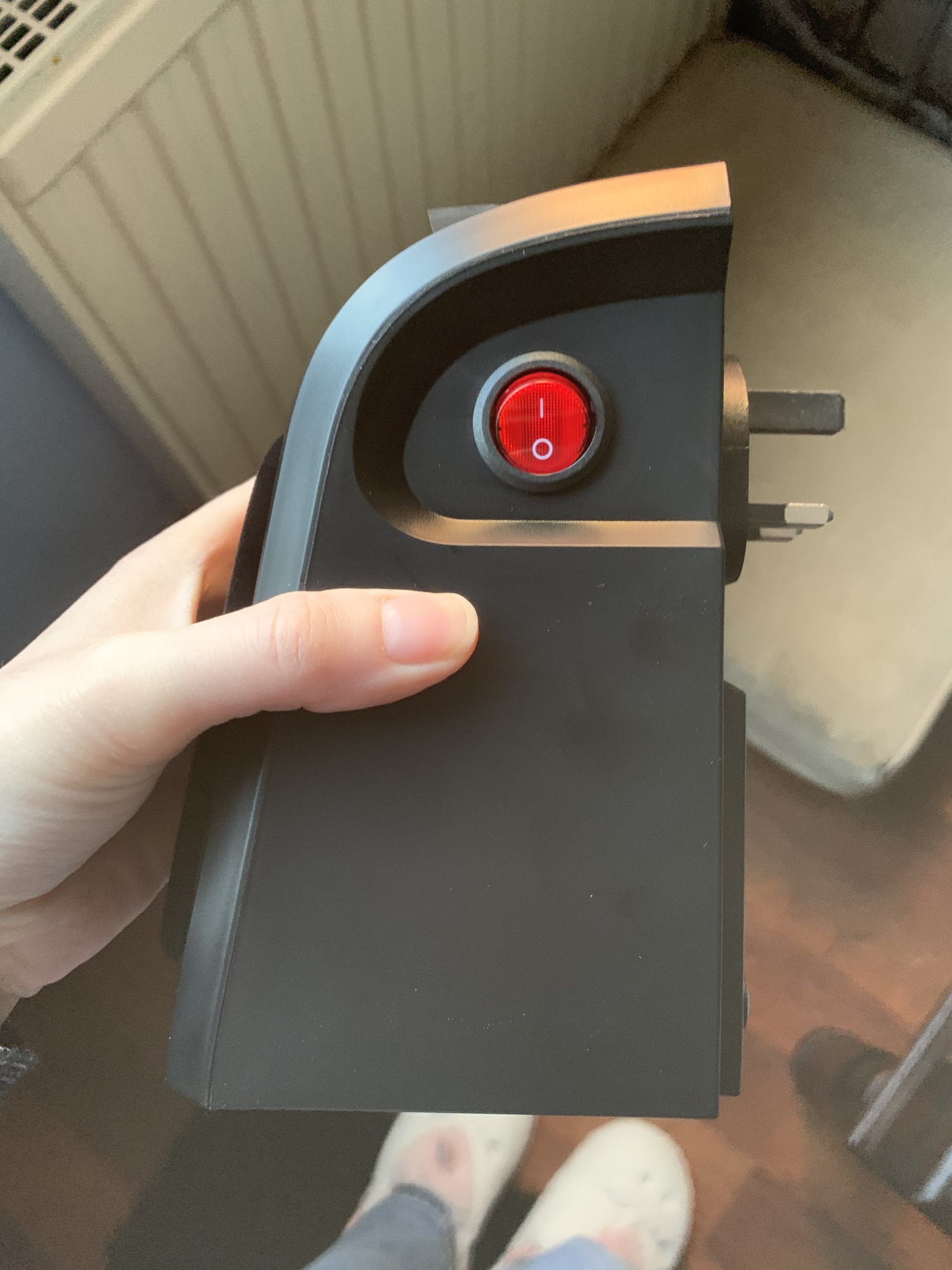 It definitely makes more impact in that room. Despite being bigger, it isn’t reaching extreme colds like the small conservatory did. The JML Handy Heater is our only heater in the kitchen and it does a good enough job. It takes the chill off the air. The thing about this device is that it heats the space three or four feet around where it is but not much further than that. So, if you’re in an office and your menopausal workmates keep having hot flushes and opening windows, a JML Handy Heater is a great solution because it heats you and only you, whereas most radiators would heat a wide space.

For under £20 this is a good enough buy. I’ve been using it for over a week now and I’m happy with the impact that it makes on my kitchen, taking the chill off the air. I was disappointed that it didn’t heat my small conservatory but that’s because I hadn’t properly understood what the heater does and what it’s meant for. Here’s a list of pros and cons.

Overall, I would give this 6/10 and would say that it’s a good investment if you use it as intended. However, it isn’t as powerful as I would have liked and if a more powerful version is released, I would try that. Let’s just hope it doesn’t become a fire hazard like the one I had to throw out. Time will tell. You can buy it at Asda, The Original Factory Shop and all the other usual places were JML products are sold.

Have you tried the JML Handy Heater? Let me know in the comments below! 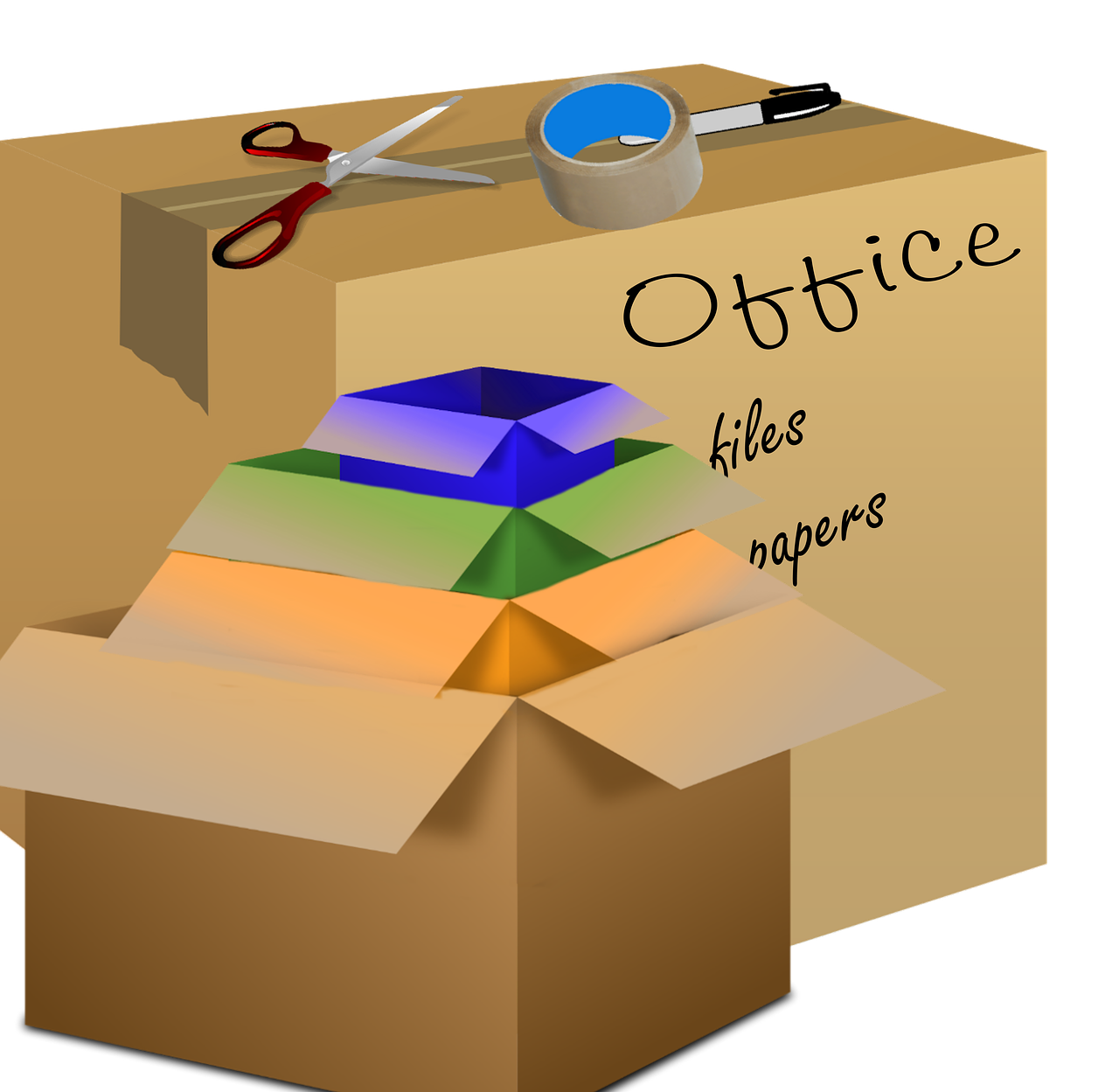 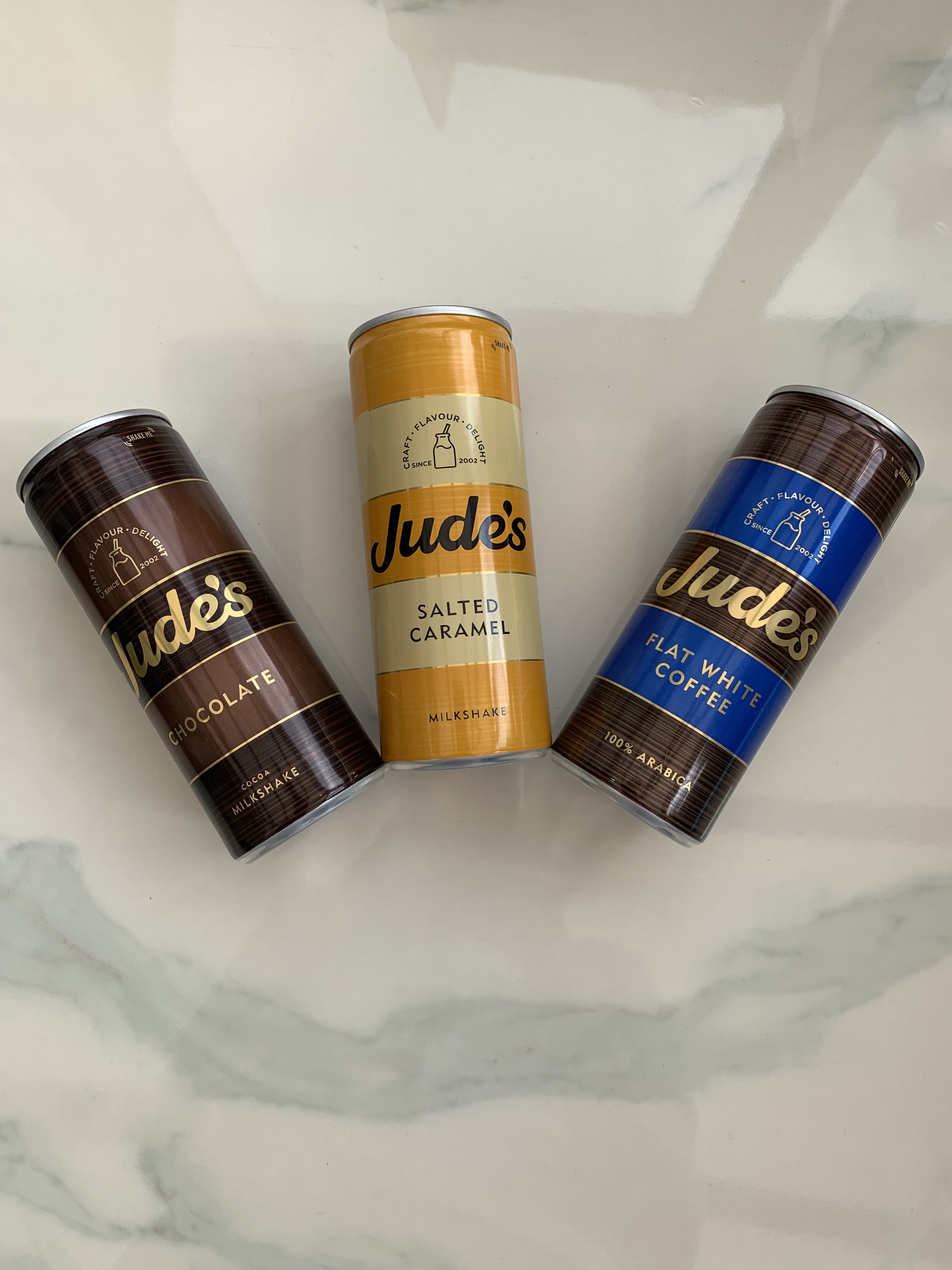