Today I’m going to talk about ARFID, which stands for Avoidant Restrictive Food Intake Disorder. I thought long and hard about writing this post. If I’m reviewing a beauty product or writing about a holiday, I don’t really have to put too much of my soul into it, but then there are other topics, like eating disorders, that are touchy subjects for some and just plain uncomfortable for most readers. It’s something I really want to talk about though, so hopefully it will be well received. The reason why I want to write about this is that nobody talks about ARFID and very few are aware of it. Disclaimer: This is a serious subject but I wanted to add in some humorous images because that’s kind of how I deal with it. If anyone is offended by the pictures of food with faces, please don’t read on.

Avoidant Restrictive Food Intake Disorder is exactly what it sounds like. It’s when somebody avoids or restricts their intake of food to the point that it’s no longer just saying “I don’t want that, I’ll have something else,” and it’s impacting their life in a really negative way. It is classed as an eating disorder, although it doesn’t fit the profile of an eating disorder in the way that anorexia or bulimia does. For starters, it’s not about weight. It’s predominantly about anxiety, or at least, it was/is for me. It can happen to anyone of any age, even babies and toddlers. 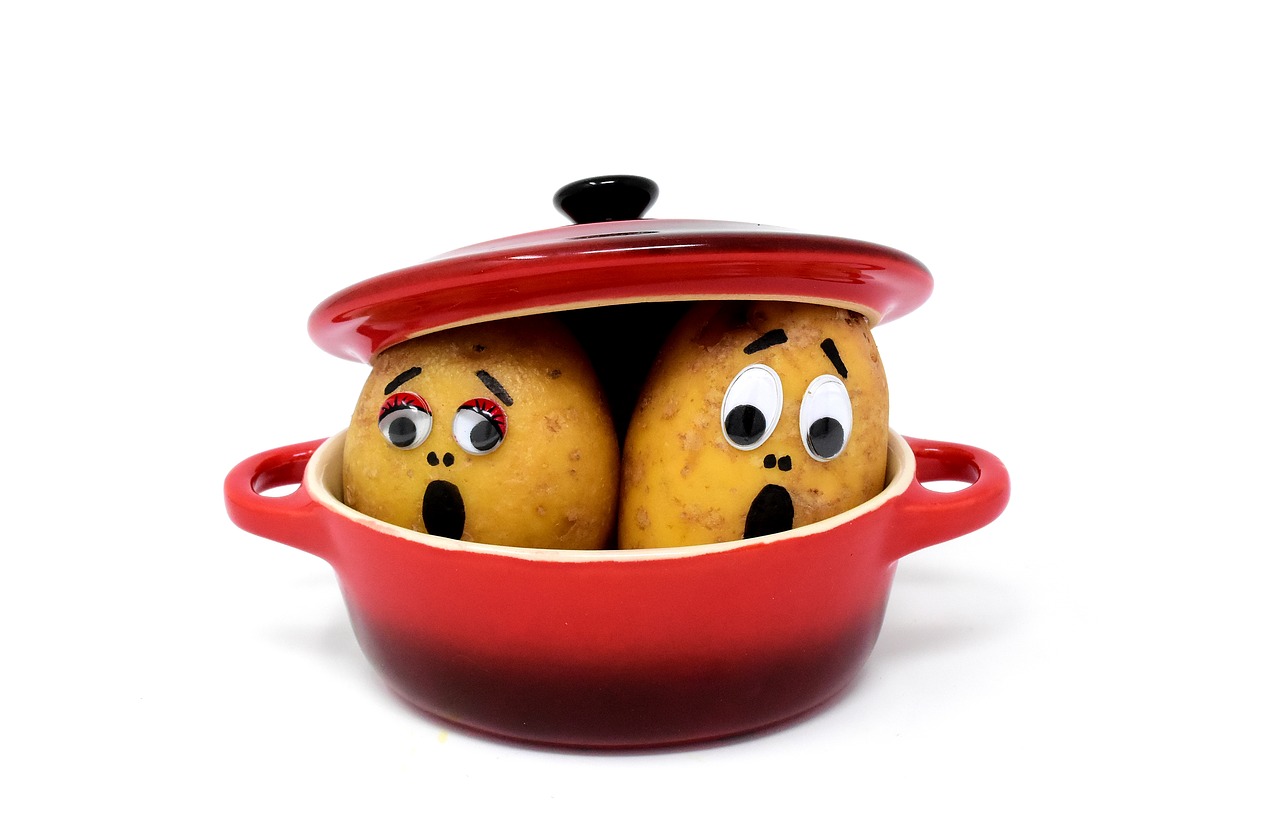 ARFID won’t identify as an eating disorder to those experiencing it or look like one to those around someone living through it because it doesn’t start with somebody believing they are fat or need to lose weight. They won’t exercise to excess and they won’t restrict how much they eat just to lose weight. I think that’s why it is so confusing for a lot of people. In the 21st century western world, we are hyper-aware of anorexia and bulimia, to the point where it can often cloud our judgement and we assume that people who are restricting their food intake are doing so because of self-esteem issues or weight related concerns. And that can be extremely frustrating for the girl who just wishes she could eat like everyone else and even get a little bit fat so her boobs would get bigger.

So, you may be wondering what qualifies me to write about this. Well, this is my particular quirk. It has been since 1995. Notice the language I use – it’s a quirk, not an illness. Even now, I don’t like to admit that. At my lowest point, in January 1996, I had eaten only liquids for around six weeks, hadn’t managed a full week at school for four months and couldn’t sit in the bath because it hurt the bones in my arse. I have no idea what my weight I was. I never weighed myself. I wasn’t interested in knowing. It took a lot of time and talking to get back to a halfway normal lifestyle. As is so often the case with any food issue, my doctor didn’t have a clue and saw me as a waste of his time.

Because it wasn’t about weight, I was very conscious of getting all the right nutrients, no matter how little I was eating. I did anything I could to stay healthy and manage this. I would drink fortified hot chocolate and stir in a spoonful of double cream so that I could get calories in any way that I could. I would eat purees, juices, soups, fortified drinks, smooth yogurt… anything at all that wasn’t solid. For me, it was the sensation of solid food going down my throat that was unbearable and being unable to co-ordinate breathing and chewing.

A question some may be asking is why. That’s different for every person. For me, there was one food-related incident that triggered the whole thing against a backdrop of exam stress, a broken heart and just not being listened to when I was telling people I was having panic attacks. It got out of hand because I was going through the fear and the heartbreak and the pressure of studying alone. Root cause – I felt alone.

It’s not something I like to talk about now. There is a reason for this. Firstly, I’m 38 years old now and I live a relatively normal life. I do avoid social situations like eating out, parties with food etc. I’m lucky that I work from home and don’t have to eat in an office any more. So, I really feel, at this point in my life at least, that it’s something that is in my past and although I know that once you have an issue like this you always have it, I’m trying to enjoy the freedom from those feelings that I now have.

Do I still struggle? Yes, there are short periods of time when it feels like that ARFID cloud is so close to my head that I can’t see anything else. But then for every day I feel like that there are probably 100 days when that cloud is so far above my head that I can sometimes forget it’s there. I’m married and I’m a mother and I’ve made peace with the whole being alone thing. I’m alone quite a lot and I’ve found that I actually like my own company. And having a dog helps! In the last few years, I’ve developed food allergies, which introduced a whole new reason to restrict certain foods, so I would say that has been the most difficult thing. It could easily have sent me back on a downward spiral, but I’m doing fine. If I feel fear about eating now, I write a story about the foods that scare me and make them cute. And I try not to think about the sensations and focus on the delicious tastes. 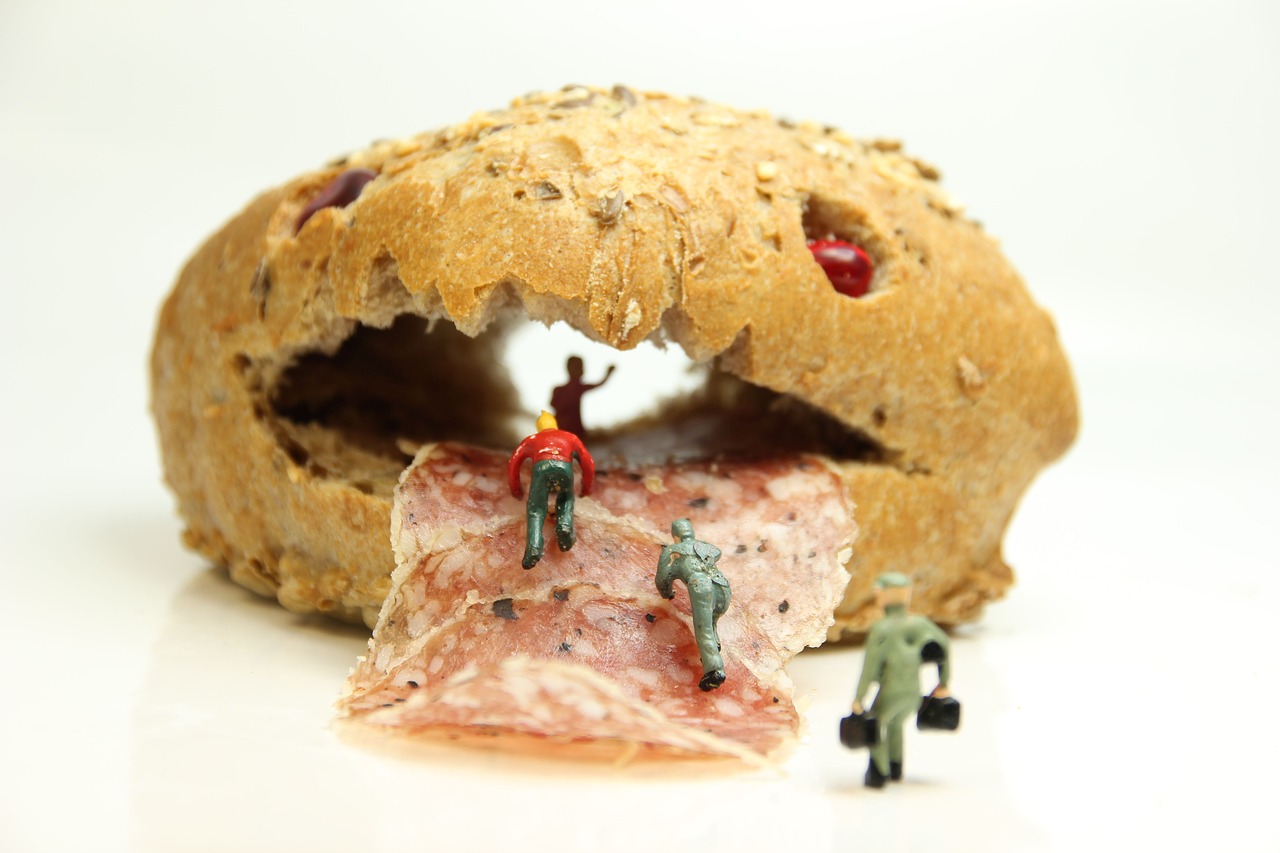 The second reason is that people (women) can be unimaginably cruel. Men mostly have one of two reactions. They either put it out of their minds because they can’t see the evidence of it in front of them (ie I am not skinny any more) or they start telling me I don’t need to lose weight. Yeah, I know this. I’m not trying and the only “diet” I’ve ever been on was when I was trying to lose baby weight. Whereas any women I have confided in, at least in a work situation, have used it against me. In the first job, I confided in a senior member of staff (who cannot be named for GDPR reasons) and within a few days, she started being very cutting with me. She left a photocopy of a newspaper article about people taking laxatives to lose weight on my desk and made a point of telling me, in front of my colleagues, that she had left it and that “these attitudes are harmful” and she didn’t want me influencing the other, younger girls in the office. She wouldn’t get off my case. I left soon after.

In the next job, I again made the mistake of telling the woman who worked directly above me, but only after working there for three years and knowing that a member of her family was struggling with food issues. So, she should have understood. Instead, the first time she and I had a disagreement she went to the senior partner and complained about my eating habits and how they were impacting my work and distracting her. I was taking too long to eat, I would examine my food before I ate it and I was a messy eater. And I spent too long in the toilet. Was I making myself sick? Hell no, I hate being sick. I effectively showed her all the targets and she knew where to shoot. Again, I left. By that time, I was prepared to never, ever mention it again.

I was angry because it didn’t ever affect the quality of my work, but admittedly it did affect my ability to integrate. I don’t eat out, so I don’t go to office social events. There were times, in my first job, when I would go out to my car to eat to minimise the stress. It can also take me a long time to eat a meal so I regularly missed out on the walks that colleagues would take together because I was still eating. I didn’t want to go hungry because then it really would affect the quality of my work. This, I suppose, affected my relationships with people I worked with, who were not understanding and did not make any allowances for me because I probably looked rude to them.

Apart from my anecdotes about how it affected my working life, you may be thinking this is all information you can get on Wikipedia. What you won’t get on Wikipedia is the details of what it does to your body. Like those who have a restricted diet because of traditional eating disorders, ARFID can seriously affect your health. If not managed, it can cause malnutrition, although it never did with me. Here is what did happen.

The reason why I’m writing about this now, even though I don’t like to talk about it and I know it could make me a massive trolling target, is because over the weekend, I again confided in someone who I thought was trustworthy and it didn’t go well. In fact, she started making sly comments about my weight. My BMI is 21 and I fit into UK size 10 clothes, so I’m pretty sure I’m doing fine on that front. But it was yet another sign that people just assume any food related issue is about weight. Do I want to raise awareness? Yes, but honestly, it would have been nice if somebody else did it and I didn’t have to write this blog. I really don’t want to put myself out there and take this risk, but if I don’t, who will? I want awareness but why does it have to be me who does it? By making this public, literally anyone can read it and use it against me.

And then I thought about the 15 year old me, who would have felt so much better if she had read a blog like this when she was going through her worst days, knowing that somebody else had been through it, understood it and ended up following her dreams, travelling, having normal jobs even if they weren’t happy experiences, publishing novels, marrying a husband who understands, conceiving and giving birth to a child… It would have made it all a lot easier and a lot less scary.

I can’t offer anyone any advice. I’m not medically qualified and people develop ARFID for different reasons. It could be fears, bad experiences, or something else. But hopefully, by writing this, I’ll reach that one person who really needs to know that they are not the only one.